In a previous video, the support tower was raised up into place. The 23-foot support tower would make the process of erecting the towers easier and safer. The plan was to come back, lower the tower for maintenance and remove some of the blades. But, as life goes, we had some commitments on the home front, lack of funds for gas, we didn’t get away for weeks.
But the delay did have a perk, the snow and ice finally melted on the logging road shortcut that runs over the mountain. (shaves 45 minutes off the 4-1/2 hour drive.)

We finally arrive for the weekend and I notice right away that the wind turbine was missing a blade and the end of the support pole is really hacked up. Odd, the blades should not have spun. The auto brake was applied to the controller before we left. I was really miffed, was the controller broken? The electrical cable looked OK. Read on to see what happened.

1. Search for the Missing Blade
I was curious to see what it looked like. Did a walk around and couldn’t find it. Decided I needed help, so I put a $10.00 bounty on the missing blade and my children suddenly got interested. A few minutes later, my son found it about 50 yards from the wind turbine. It had wedged itself into the ground by a bush. It hadn’t hit anything (or anyone) and my worse fears melted away.

Overall plan for the lowering of the old tower

2. Lower the Tower
The next step was to lower the old metal tower and figure out what went wrong. Used the existing tall, wooden, black pole already attached to the building. Attached a pulley at the top and a few feet below. Did a nice slow lower of the tower with the aid of the car.

3. Blades
During the time we were away from the cabin, we were told there was a big wind storm. A neighbour claimed he saw the wind turbines just spinning like crazy. The result was all the ends of the blades were all chipped and broken. The longest blade was 22-inches and the shortest was 17-inches. Thought it would be best to have all the blades the same length. It would prevent excessive vibration and wobble. Grabbed my hacksaw with a fine tooth blade and cut each blade the saw length.

4. Tree for a tower
As seen in previous videos, the thought was to use an existing dead/diseased tree for the tower. It didn’t cost anything and it was easy to find. If it didn’t work out, I could just cut it up and use for firewood. Most of the trees in my area are called Lodgepole Pine and stand about 50-feet in height.

During the winter, I found a fairly straight tree with hardly any branches. It was dragged out of the bush and laid up to dry. I measured the tree tower and figured it was about 53-feet long. I cut it down to 42′ feet and should work great.

5. The Base for the tower
Didn’t have much time to rig up a proper base for the tower. Decided to use what was handy and utilize the existing 6 inch by 6-inch cedar base of the support tower.

Used a chainsaw to cut two notches for the 3/4″ threaded support bar. Drill a hole through the end of the tree tower and inserted the rod through. The rod would then sit in the groove.

6. The Black Knight
In honour of my younger days of watching Monty Python movies, I named the injured wind turbine, the Black Knight. The Black Knight would endure many fatal injuries, but would declare them “flesh wounds” and continue on. (Thought it was a good fit for this project.) Here’s a link to a clip about the Black Knight: https://youtu.be/zn82OJKrzzs
I also felt the wind turbine needed a spruce up and gave it a coat of black, rust proof paint.

7. The No Power Puzzlement
The tree tower would be 20 feet taller than the previous water pipe tower. The 10/3 SOW wire cable had to be removed and reconfigured to work with another cable.  As I was unwrapping a piece of duct table from a joint, I saw that the male and female connect had come loose. Not sure how it happened, maybe when the ice pulled the tower over a bit and the vibrations just worked everything loose. It also explained why the blades were “free spinning”, there was no load from the battery bank and the turbine could do whatever. The best way to fix the problem,  purchase a new 60-feet of heavy-duty cable. But, reality kicks in and I don’t have spare cash to spend on cable. (The cost is around $2.39 per linear foot.) The piece I have now is 25-feet long and I’ll search Craigslist and garage sales for more. I would have to figure a new way to connect the cables and add a strain relief.

8. Raise the tree tower
The next step was to raise the new, taller tree tower. Attached ropes to all the pulley points. The other end of the ropes were then attached to tow hooks on the cars. Took the necessary safety steps and planned my route and add support in case the tower fell. I then proceed to test the tower out for sag. Tried twice and the tree tower bent like an archer bow. Hmm, a lot of weight there. I got this feeling that it wasn’t a good idea. I needed to add more support, change the place of the ropes on the tree tower. An extra pulley wouldn’t hurt either. As I was standing there working out the extras, it started to blow a cold rain and I decided it’s going to have to wait for another weekend. I’d rather do it right the first time and prevent a disaster. I dismantled the tower, bunched up the wires and put the tools away. There will always be another weekend for projects. 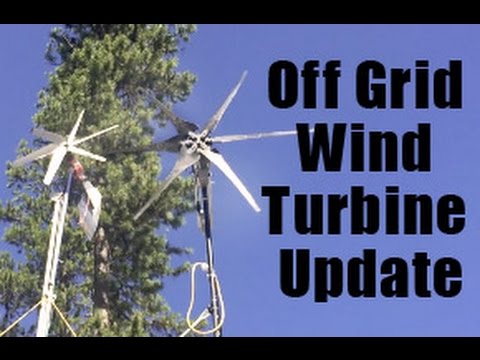